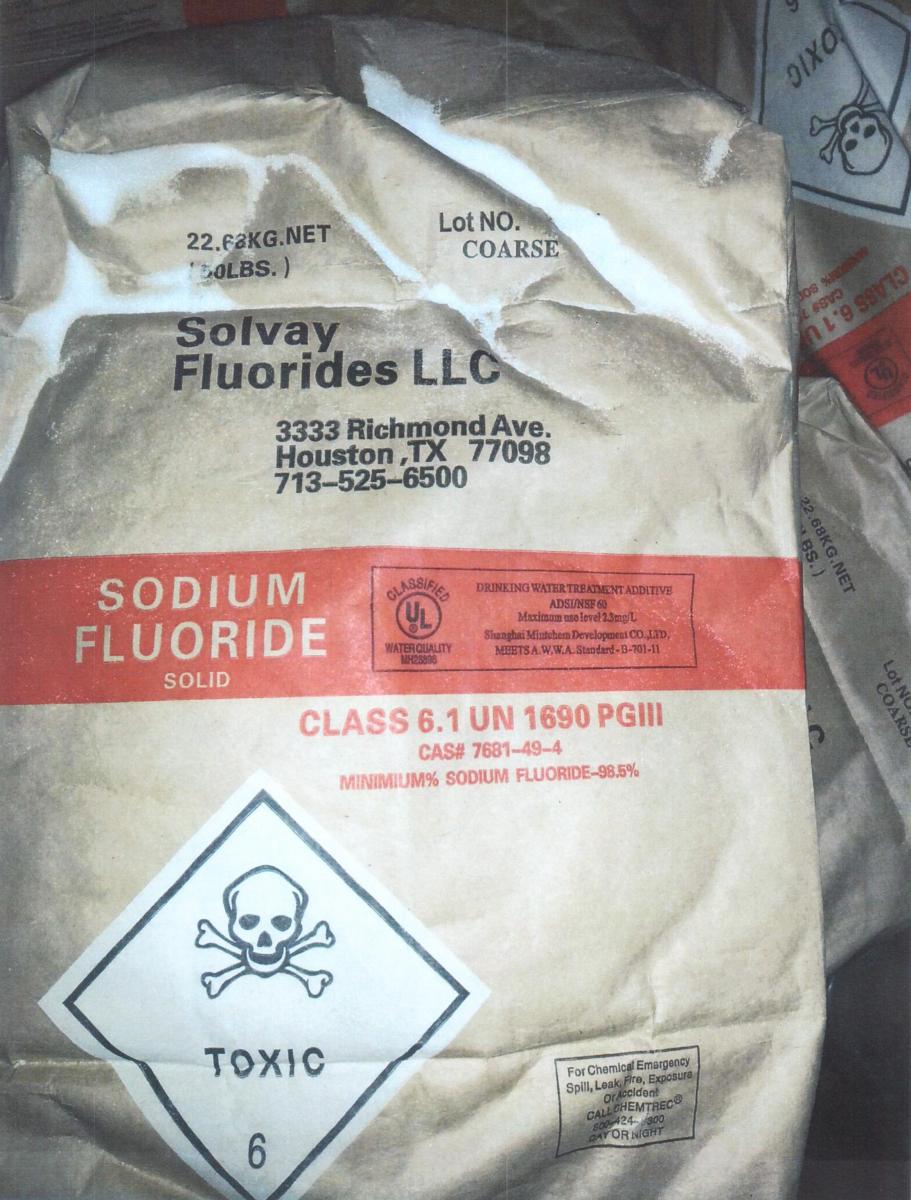 Did you know that sodium fluoride is a registered pesticide?

It’s time to hold the Agency accountable for poisoning the nation’s drinking water with a pesticide. Did you know that sodium fluoride is a pesticide?

Indeed, EPA regulates sodium fluoride as a pesticide yet in an inexplicable twist of logic and in violation of a multitude of environmental laws and food safety laws, the Agency sanctions the addition of this poison to our drinking water. Who in their wildest imagination would intentionally add a pesticide to drinking water?

Yes, it’s crazy, but see for yourself.  Compare the two labels, one a pesticide and one a water additive. They are the same chemical. 97-98% pure sodium fluoride (NaF)

Federal and State Environmental Laws dictate how to safely and properly dispose of pesticides. Heavy fines and prison time are imposed for violations. A person caught dumping sodium fluoride into drinking water would be hauled off in handcuffs and thrown into jail. Yet this toxic substance is added to municipal water every day. Not to be hyperbolic, but it is just insane.

In a 64-page document, “Reregistration Eligibility Decision for Sodium Fluoride,” EPA publishes its risk management decision for sodium fluoride and associated human health and environmental risks for its pesticide use.

According to EPA, sodium fluoride is a pesticide and it is not supposed to be in drinking water. How bizarre a contradiction it is when  EPA turns around and then sanctions the addition of this toxic chemical to our drinking water?

Printable Resources
Prenatal Fluoride Exposure and Cognitive Outcomes in Children at 4 and 6–12 Years of Age in Mexico
PFOA Contamination is bigger than imagined.
See some of the media articles about the TRIAL (from our co-plaintiff)
Fluoride breaches the placenta. Drinking fluoride during pregnancy can harm the vulnerable developing brain.
Exposure to fluoridated water and attention deficit hyperactivity disorder prevalence among children
Trial underway in SF could remove fluoride from drinking water
New Way of Making HF.
Hypothyroidism is now rampant and debilitating. Fluoride can reduce the function of the thyroid.
Placental Fluorosis: Fluoride and Preeclampsia
Home Fluoride Pesticides